The article deals with the artistic phenomenon of role lyrics as a poetic text constructed in the form of a holistic speech statement and organized from a person who is distanced from the author and can not be identified taking into consideration biographical, socio-historical or gender status of the speech subject as well as the range of moral, ethical, ideological, aesthetic, existential values and representations submitted by him.

A separate type of role lyrics includes poetic texts that are generally constructed in the form of the expression of one or more characters while the author's representation is minimized in them to some separate and fragmentary replicas which function as a specific frame element that formally combines submitted representational forms. On the contrary, it does not transfer them into the artistic plane concerning auto-psychological form of expression. This type of role-playing lyricism is constructed in the form of a monologue or a dialogue with two or more characters or a role dramatic scene where the author's voice acts as a remark linking the voices of poetic speech subjects.

The article analyzes the problems of literary critics’ theoretical searches in their studies related to the lyrics subject organization specifics. It makes an attempt to characterize the spectrum of poetic speech subjects in role lyrics.

An attempt is also made to typologize the role types of author's consciousness expression in T. Shevchenko’s lyrics. The varieties of the hero’s character actual role-type (i.e. personalized and personified) are analyzed as well.

The hero’s actual role-type is defined as the type when degree of objectification confirms his categorical (at least, outwardly declared) non-identity with the author himself motivated by biographical, socio-professional, existential, etc. incompatibility.

The article also deals with the problems related to the methods of composite and speech design of poetic role-text. It outlines conceptual and substantive points which reveal themselves at the level of ideological and thematic concepts of expression. 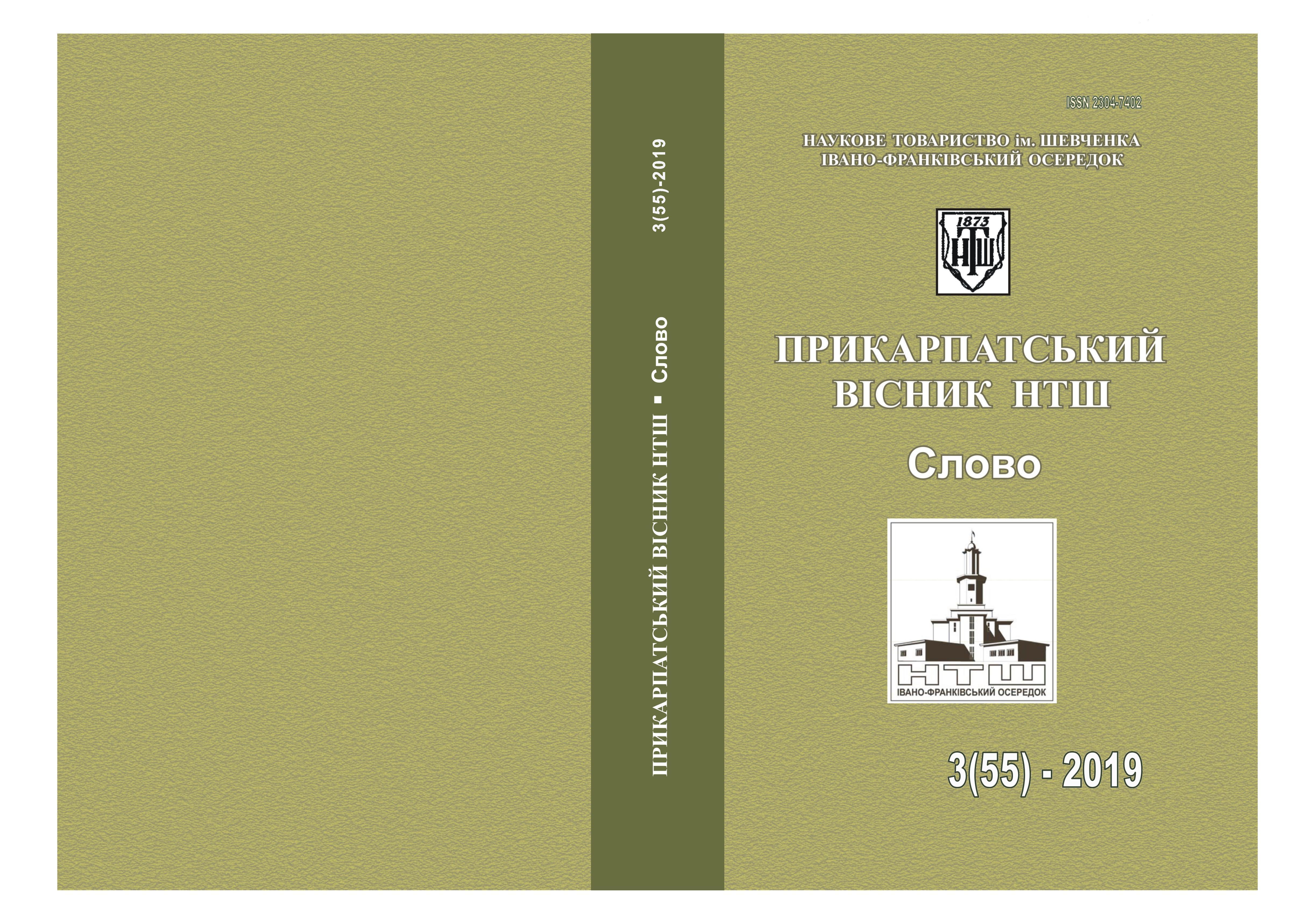 No. 3(55) (2019): PRECARPATHIAN BULLETIN OF THE SHEVCHENKO SCIENTIFIC SOCIETY Word